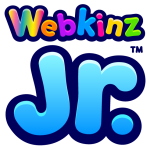 What are Webkinz Jr.?

Webkinz had a lot of parents tell them that our children love the idea of Webkinz, but do find it too difficult. Webkinz World was designed for kids 6 – 13+, and requires a lot of reading, so it is understandable that younger children have more of a challenge. Webkinz Jr. was designed from the ground up with our children in mind. Webkinz huge cast of characters is there to help our children play and all of the games and activities were specially designed for the kindergarten crowd. Watch for more information as Webkinz Jr. gets closer to launch this Spring.

“Webkinz Jr. is a world for younger children to discover, where learning and daily activities can be chosen by parents to meet their child’s needs,” said Ganz President Howard Ganz.

Ganz showed off Webkinz Jr., a new line of plush toys aimed at kids aged 3 – 6, today as part of the January 2009 International Gift & Home Furnishings Market. The full line and accompanying virtual world is set to launch sometime late this spring. Webkinz toys are already popular with children. While they’re not quite the impossible-to-find gift they were a few years ago and are competing with many other plush toy / virtual world combos, they’re still going strong. The brand is also growing internationally, with localized versions of the virtual world and stores launching last fall (2008).

Now little boys and girls can be like their big brothers and sisters, with their very own Webkinz toy, Webkinz Jr. “Webkinz Jr. is a world for younger children to discover, where learning and daily activities can be chosen by parents to meet their child’s needs,” explained Howard Ganz, president of Ganz. “The site is bright, welcoming and easy to explore, with music, familiar environments and lots to do with every visit.” The 12″, super-soft Webkinz Jr. Monkey comes with its own code so kids can enter an online play world. Launch date: Spring 2009.

Each week there is more and more information about Webkinz Jr. series. The first release of plushies includes the Tan Puppy, Pink Puppy, Blue Puppy, Brown Monkey, Purple Monkey, and Orange Kitty. There is also information that Webkinz Jr. will have their own world to in which to play: http://www.webkinzjr.com/. You won’t be able to activate them in current Webkinz world. The aim of the series is children three to six-year-old.

The new line builds on the well-known Webkinz collection of plush toys whose secret codes allow access to the Webkinz World interactive website. Webkinz Jr. will introduce 3–6 year olds to the Internet in a safe, learning-oriented environment. The series of plush pets and associated Web world will be ready for launch in late Spring 2009.

Webkinz Jr. will be hitting stores next month. Look for these fluffy soft plump Webkinz pets for your youngsters. Unlock feature codes to enter the world of Webkinz Jr. and play the game. Toddlers will need some assistance to get started but will get the hang of this new Webkinz version quickly. We look forward to seeing what the new webkinzjr.com will be all about.

The debut of Webkinz Jr. is just around the corner. Plushies could arrive in stores as early as next week. The actual game site isn’t scheduled to open until sometime in April, but the main page now has a link to a “tour” that is full of information about this new product.

The Webkinz Jr. line is now officially available for order by Webkinz retailers. According to Ganz’s retailer site, the first set of Webkinz Jr. pets is due to be shipped on March 16, which would make them available to all of us in April. From what we can tell, there will be 6 pets for the initial release — three dogs, two monkeys, and one cat. As detailed in a previous article, with the larger plush size, these will likely be priced at about $20 – 25 retail.

Webkinz Jr. is a new line created by the Ganz, the creators of the famous Webkinz interactive plush. Webkinz Jr. is primarily for children ages 3 to 6 years old. The program is focused on introducing and teaching children about proper internet use and computers.

The Webkinz Jr. website is a safe, learning-oriented and fun environment that uses music, laughter, and new characters to befriend tots. Webkinz Jr. has bright graphics, easy interactive activities, and most importantly educational play intended to boost verbal, mental, and motor skills. Webkinz Jr.’s would make a great friend for any child.

In addition, these will be in very short supply as we found that some retailers are only eligible to order one set of 12 pets, which we assume includes two of each dog, monkey and cat! With this in mind, we’d like to advise any of you who are interested in picking these up at launch to secure pre-orders as soon as possible!

After talking with a few local Webkinz resellers, we have acquired the following details about the upcoming Webkinz Jr. products.

Webkinz Jr. plushes are going to be larger than the full-sized Webkinz plushies. Most Webkinz are 8 inches, while the plushes in the new Webkinz Jr. line are 12 inches in size. They are created to be huggable and squeezable for younger children.

Webkinz Jr. plushes will be significantly more expensive than full-sized Webkinz. With the larger-sized plushes, more fabric is involved and a whole new site has been designed for them, so they will be much more expensive. They were orderable for a short time on the retailer site and, according to the wholesale price, we’ve been told that they will retail for approximately $25.

Webkinz Jr. plushes will be released in limited supply. There has not been any numbers released, but the plan at this point is to control supply and not flood the market. It would seem that Ganz is trying to create a more collectors buzz on its new plushies.

Ganz will also be creating Webkinz Signature Plush Pieces. We have heard that Ganz plans to release a Webkinz in the larger plush (12 inch) size each month with the monthly Webkinz releases. These will be more expensive, but also very limited in supply for collectors. One of the first of this new plush addition to Webkinz is a Panda. 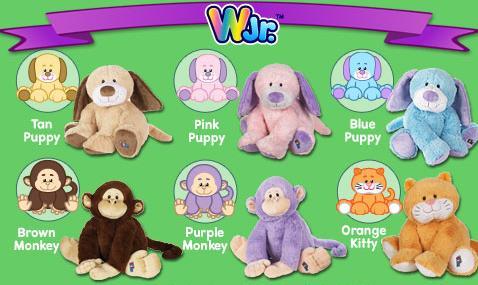 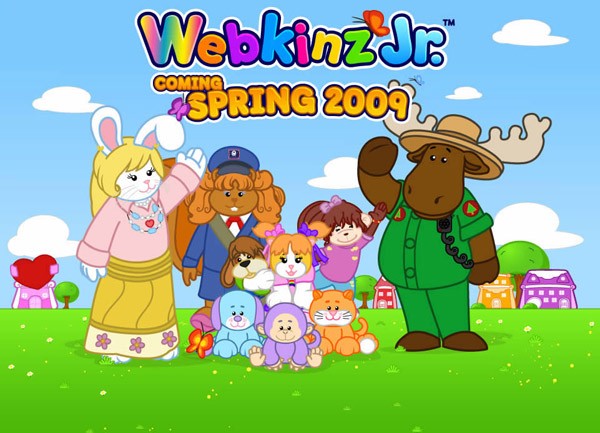